A timely earworm for me this week as I am marking philosophy exam scripts. The lyrics are actually about our broken society, but the title of the song speaks to me as I try to decipher scrawly handwriting and make the best sense I can of the jumbled thoughts written under pressure. Education could, and should, be more kind, in my opinion.

This semester has been particularly hard, with the strike action and weather leading to lost teaching time – and the need to be lenient yet fair while marking seems all the more important. This way of assessing students doesn’t seem at all kind to me. 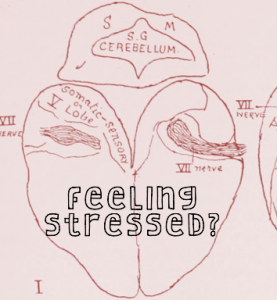 If school is stressing you out, check out the advice from Childline on things you can try to help you cope better. Our fave tip? Try breaking down a big problem into smaller ones you can solve one at a time. Then it doesn’t feel like so much to deal with…

Love this Childline film – what a classic! They’ve got lots of good advice about beating exam stress on their website.

The post For a giggle: Mexican Wave in an Exam Hall appeared first on Reach.

The post Exams: Understanding how your brain works can help you study better appeared first on Reach. 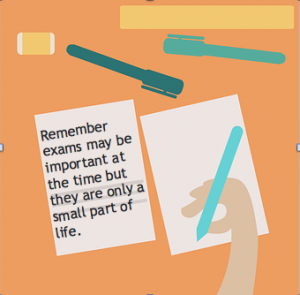 So exam day has arrived. Hang in there.

SQA have got some good tips for getting it right on the big day.…Like make sure you have breakfast; read all the questions before you start; and build up your confidence by answering the easier questions first before you tackle the tricky ones.

The post Getting it right on exam day appeared first on Reach.

The post Tips for surviving exams appeared first on Reach.

As we start to approach the exam session again, many students (and teachers) will be entering their favourite purveyor of stationary goods to arm themselves with all the tools that one could need to prepare for an exam: cue cards, revision books and, of course, highlighters. I have seen many students think that revisiting their notes […] 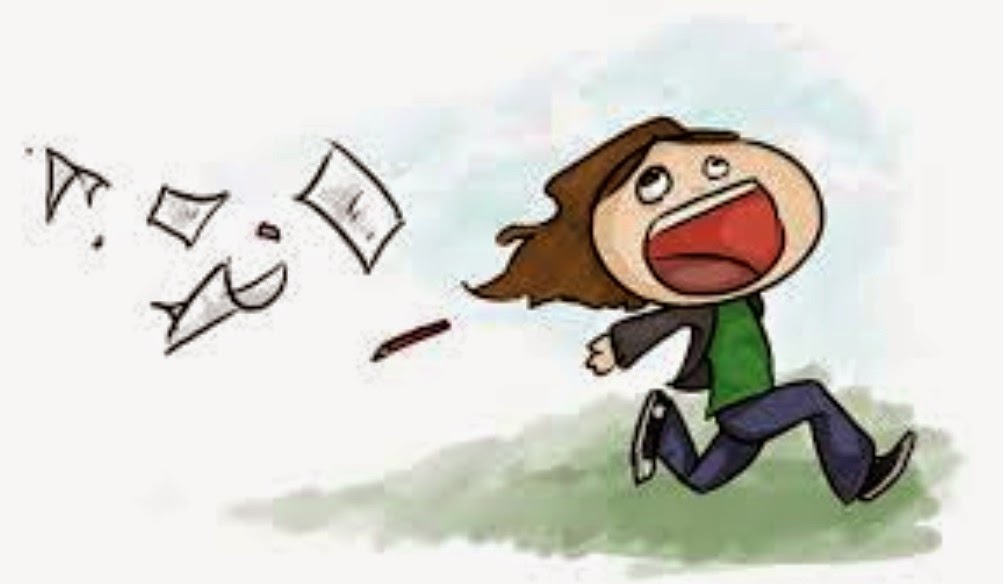 I have a feeling that Scottish school pupils are sitting their English SQA exams today. If not, it was yesterday - we retired teachers become quite hazy about these once crucial dates - and, incidentally, I'd be fascinated to see what the new English exam paper looked like, if anyone reading this can tell me. But the discussion on the radio took me further back, as I was suddenly overcome with the sensation of being 17 and in the middle of my own Highers.

I am one of the age group who sat the very first Scottish O-Grade. Because I attended a selective senior secondary school, in the double-language stream, we were told that we would merely take such O-Grades as were deemed necessary for us individually, "in the by-going" as they said. No exam leave as such - just the day of the exam itself. We all sat Arithmetic; I also took the exams in Physics, Chemistry and Maths (not my best subjects, so an insurance policy) as well as Geography (which I would then drop until S6).

So my memory of being 17 actually slipped back to one day in S4, when I was 16. I think it may have been yesterday's sun that did it; I sat O-Grade Arithmetic on a glorious sunny morning in Hillhead High School and then I took off. I met my mother at Queen Street station at lunchtime - she coming from the school where she taught mornings, I fresh from the sums - and we hopped on a train to Edinburgh. There we climbed Salisbury Crags, sat in the sun, and went for our tea before the train home. It was my first taste of freedom.

And it was this freedom that came back to me as I listened to people recounting their exam horrors, the stress they were under, the nerves and the late night studying and the lack of sleep. I honestly remember nothing of these. I recall the freedom of being alone in the empty house with hours of study before me - for we did have exam leave in S5 - and the chance to do what I wanted when I wanted. As the sun moved round to the back garden I would take my chemistry notebook outside to swot equations (I never really understood chemistry, so everything had to be learned by rote. I scraped a Higher). I grew tanned and relaxed, though there was always some turquoise ink staining the hand I'd used to cover what I was learning. I'd take afternoons off and walk the half-hour or so to school for orchestra practice, sauntering in as the bell went at 4pm, enjoying seeing friends and adored music teachers as we rehearsed for the Glasgow Music Festival (unaccountably, this was always at the end of May, so we were actually working our butts off at the same time as studying; I actually found the tension of the Festival much worse than that produced by exams).

By the time I reached my last exams (what were they in S5? French? Chemistry?) I had been off school for perhaps a fortnight and was bored with my holiday. Yes, I did last-minute revision, but it never felt more than a kind of obligation. Maybe we'd been so rigorously pushed in class that we knew most of the stuff already. The Hamlet stuff I'd mugged up so assiduously went out of the window when I saw the question (about Shakespeare's tragic heroines - I ask you!) and switched regretfully to comedy with Twelfth Night; the Latin was its usual slightly worrying breeze of being finished almost an hour early (I never liked going over what I'd written in an exam). I always assumed, I think, that I'd pass - even in the subjects I was destined to scrape through I never believed I'd actually fail - and I was eager to get on with orchestra and end-of-term nonsense and being out in the sun with my pals. (Hillhead in these days had open corridors ...)

So my memories clashed happily with the programme on the radio as I wandered in and out of the sunny garden and felt 17 again. As to whether I'd care to be 17 again ... that's another matter.

Ah. There's something I forgot to mention: I experimented with cigarettes, in exam leave. Daring, huh?

It’s that time of the academic year that is known to some as, the ‘Silly Season‘. Context: Picture yourself 2 or 3 weeks ago before the Easter break … Just when you thought exhaustion couldn’t get any worse, despite a brief respite, you find yourself back at school with work ‘up-to-your-ears’. For the experienced teacher, … Continue reading →